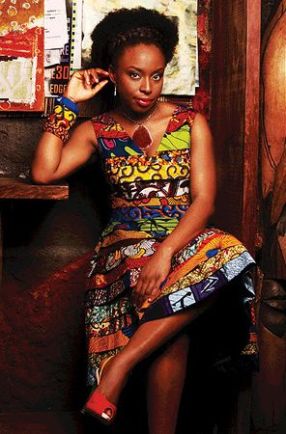 This January, the Serpentine Galleries’ Bridge Commission launches its fourth audio walk, from award-winning Nigerian writer Chimamanda Ngozi Adichie, author of Half of a Yellow Sun (2006) and Americanah (2013). Adichie’s audio walk tells the story of an awakening, to the sound and dust of the Harmattan wind. It is read by the author.

The annual Bridge Commission was launched in September 2013 to mark the opening of the Serpentine Sackler Gallery, designed by Zaha Hadid Architects, and is inspired by the five-minute walk over the bridge from the Serpentine Gallery. The inaugural Bridge Commission series focuses on literature, and runs from September 2013 until September 2014. Texts written by twelve established and emerging international writers are released monthly as audio walks, which can be downloaded for free onto visitors’ mobiles from the Serpentine Galleries website. Each audio walk lasts for the duration of the walk between the two Galleries. Authors still to come include Adam Thirlwell, Sophia Al-Maria, and René Pollesch, among others. http://www.serpentinegalleries.org/exhibitions-events/bridge-commission-audio-walks

Chimamanda Ngozi Adichie writes novels, short stories, essays and poems. Her fiction works include Americanah (2013), Half of a Yellow Sun (winner of the Orange Broadband Prize for Fiction 2007), Purple Hibiscus (winner of the Commonwealth Writers’ Prize 2005 and the Hurston/Wright Legacy Award 2004) and The Thing Around Your Neck, a collection of short stories shortlisted for the 2010 Commonwealth Writers’ Prize for Best Book in Africa. The recipient of a MacArthur Foundation Fellowship, Adichie was named in 2012 as one of The New Yorker’s ‘20 under 40’ list of writers to watch. She divides her time between Nigeria and America.

The next audio walk, by John Jeremiah Sullivan, launches on Tuesday 4 February 2014.

The Bridge Commission is supported by Bloomberg.